An unreleased Apple MacBook Pro model bearing the A2779 model number was certified by the Canada Radio Equipment List database. The device in question is believed to be the M2 Pro/M2 Max MacBook Pro and the certification reveals it will support Wi-Fi 6E connectivity making it the first MacBook to do so. 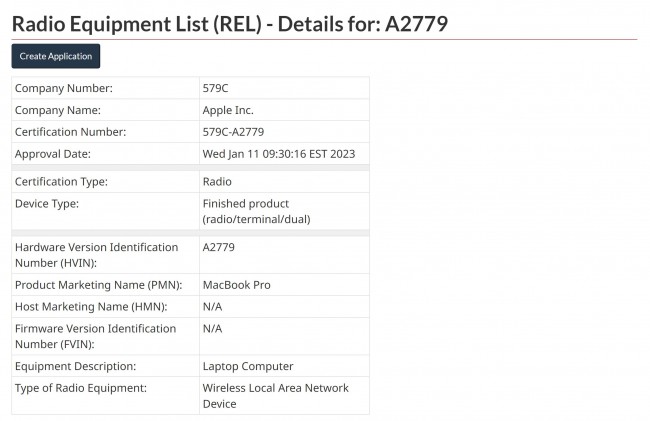 For reference, the latest iPad Pro models that launched back in October are the only Apple devices that currently support the Wi-Fi 6E standard. According to 9to5Mac, Apple could announce the new 14″ and 16″ M2 Pro/M2 Max MacBook Pro models via a press release later today.

There’s no other detail on the machine from the new certification listing but we have a Geekbench listing from November which showed the computing power of the upcoming 12-core M2 Pro chipset running at a max of 3.54GHz alongside 96GB RAM. We’ll be keeping an eye on the Apple Newsroom page for any announcements.