We all know page load times are important. But how important are they exactly?

What does the data tell us about how much page load times can affect bounce rate, conversions, and revenue?

And what is the average page speed of a website?

In this post, we’re breaking down the latest statistics on website page load times. We’ll be answering all of these questions and more.

What effect does page load speed have on conversion rates?

1. Conversion rates are 3x higher for ecommerce sites that load in 1 second

The agency examined over 100 million pageviews from 20 business-to-business (B2B) and business-to-consumer (B2C) websites.

After a 30-day snapshot, they found that on average, ecommerce sites that loaded in one second had conversion rates of 3.05%. That number dropped to 1.08% for sites that took five seconds to load.

To put that into perspective, at a page speed of one second, you can expect to receive 30.5 new sales for every 1,000 visitors your ecommerce site receives.

2. For lead generation, sites that load in 1 second have conversion rates of 39%

Portent’s study also found that if a site loads in one second, it has an average conversion rate of 39%.

This number dropped to 18% for sites that took six seconds to load.

So, for every 1,000 visits, sites with a load time of one second can expect to generate 390 new email subscribers. This number drops to 180 new subscribers for sites that take six seconds to load.

How fast are page load times across the web?

3. The average page speed of a website is 3.21 seconds

Website speed test and performance monitoring tool Pingdom found that, based on the millions of tests the tool has conducted, the average page load time of a web page is 3.21 seconds.

This means B2C websites are getting faster, so you’re really missing out by not prioritizing page speed.

82% of B2B websites loaded in five seconds or less in 2019, and that number hasn’t changed.

5. Prefetching performed by Facebook improves a website’s load time by as much as 25%

Facebook started prefetching content for mobile users back in 2017. They even display alerts to mobile users when outgoing links they click on are too slow to load.

Facebook’s infamous algorithm knows how likely users are to click on links in the app’s mobile feed.

When it detects such a link, it prefetches the page’s content as an HTML file and saves a cached version on the user’s mobile device.

If the user does click that link, their mobile device loads the cached version of that web page as if they’ve already viewed it.

As such, you may find it beneficial to make promoting articles and product pages on Facebook a priority.

“The probability of bounce increases 32% as page load time goes from 1 second to 3 seconds.”

So, for every 1,000 visitors your site receives, expect…

7. Large media sites lose an additional 10% of users for every second their pages take to load

The BBC, or British Broadcasting Company, is a prominent media company in the UK.

They operate news-related and educational shows for radio and TV as well as a media website that covers breaking news stories from around the world.

Here’s what the BBC’s lead technical architect Matthew Clark wrote in an article titled “How the BBC Builds Websites That Scale:”

“At the BBC we’ve noticed that, for every additional second a page takes to load, 10 per cent of users leave.”

The BBC receives an average of 207 million users per month. Here’s how many users they lose for every second their pages take to load:

How does page speed affect SEO?

8. The average page speed of a first-page Google result is 1.65 seconds

Page speed has been a well-known ranking factor for quite some time.

When Backlinko analyzed 11.8 million Google search results, they found that the average page speed of a result on Google’s first page was 1.65 seconds.

The interesting thing about Backlinko’s study was that they found no correlation between Google rankings and page speed despite Google’s (and the digital marketing industry’s) insistence on it being a crucial ranking factor.

While page speed is important, it’s not the only ranking factor you need to worry about if you want to outrank your competitors.

We ran the 20 most-visited websites in the United States through Pingdom’s website speed test and found that they have an average page speed of 1.08 seconds.

The fastest site was Bing.com at a website load time of 168 ms. The slowest was Yahoo.com at 2.54 seconds.

10. The top 10 ecommerce websites in the US have an average page load time of 1.96 seconds

We ran a website speed test for the top 10 most-visited retail websites in the United States. They had an average page load time of 1.96 seconds.

The best result was BestBuy.com at a website load time of 177 ms. The worst was Costco.com at 4.24 seconds.

Costco also happened to be at the bottom of the list for most-visited retail websites.

Respondents were asked “Which actions do you take when an ecommerce site loads slower than expected?”

12. 73% of users encounter slow sites when browsing mobile sites from their phones

An older KISSmetrics survey revealed that 73% of internet users encountered websites that were too slow to load in a 12-month period.

This was the number one problem mobile internet users had with loading mobile pages.

The next highest metric revealed that 51% of users encountered websites that crashed or returned errors.

This page load time statistic comes from the same KISSmetrics survey as before.

It’s not the highest metric in the study, though.

31% of users expect page load times to be a little slower on mobile devices.

Most of the stats in this article prove that you need a good page load time and having a slow website can harm your conversions, especially a site speed beyond 3 seconds.

Of course, the lead magnets and landing page designs you use also have an effect. However, potential customers won’t stick around long enough to view them if your site takes longer than one second to load.

So, by improving page load times, you will reduce churn and increase customer retention.

The best way to improve site performance is by choosing a quality web hosting provider. This ensures your site has a solid foundation.

We recommend Cloudways. They host this very website, and our homepage loads in 402 ms.

Cloudways offers fast cloud servers for as low as $10/month. We even have a guide on how to make your WordPress site faster with Cloudways in just a few clicks.

You should also install a caching plugin such as WP Rocket. It has some unique functionality that can dramatically improve page speed, and Core Web Vitals.

Other strategies you should implement include using a lightweight WordPress theme as well as a CDN.

Alternatively, you could opt for a more ‘all-in-one’ approach to improving website performance such as NitroPack. This platform will optimize your site automatically. It’ll even optimize images and deploy a CDN for you.

Remember, a good page load time to aim for is one second. However, the faster your website is, the better.

If your website is already fast but there are still a few strategies you haven’t implemented, yet, implement them anyway.

This will give you an edge over your competitors. 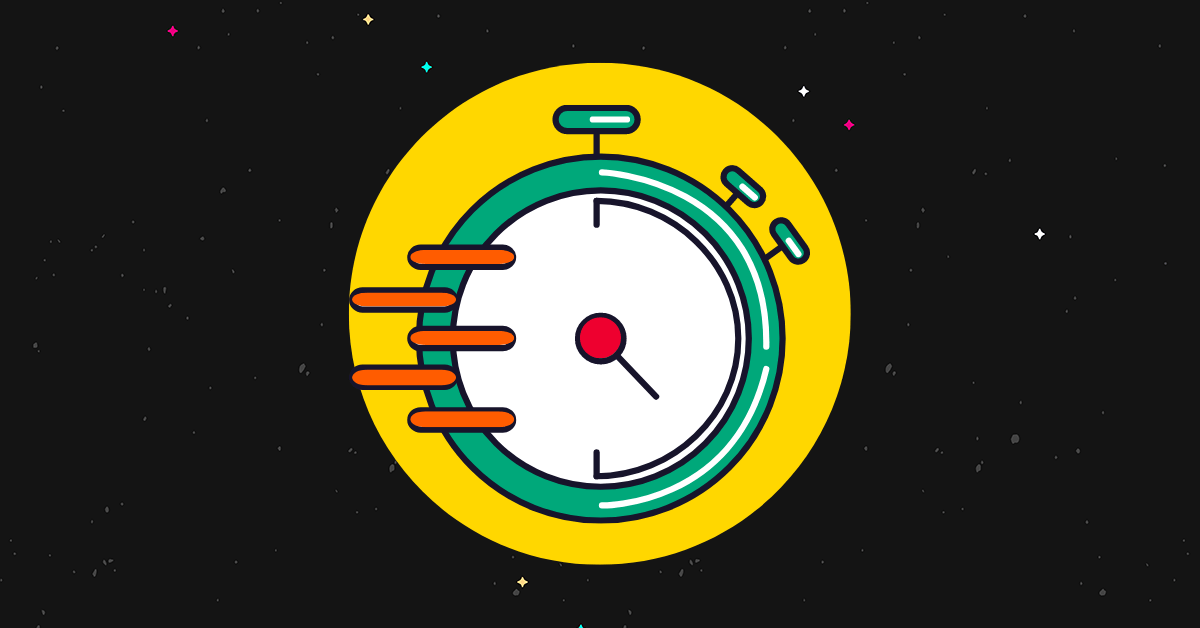