Ball Gown Made of (Fake) Money Debuts at NYFW


Women bring less money into retirement than men — so one fashion designer sent a ball gown made of money down the runway for New York Fashion Week to highlight the disparity.

New York-based label Fe Noel created a dress made of fake money called “the Dre$$” for its latest collection at her SS23 runway show held on September 9 in New York.

The show, which was created in partnership with TIAA, a financial services company that focuses on retirement, received a rave review from Vogue. 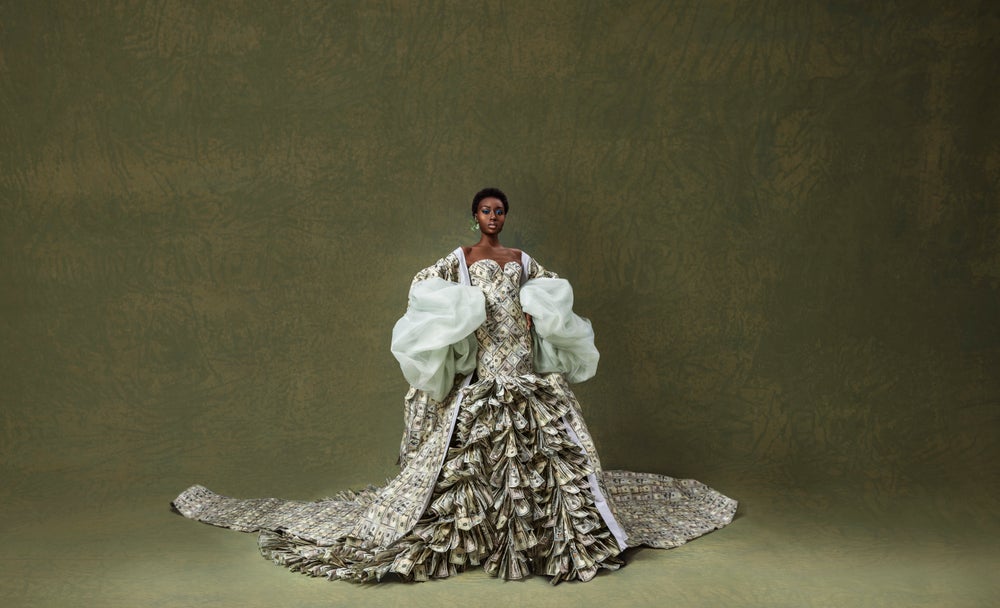 “This dress is about laying a strong foundation and building on top of that. It represents women’s strength while also highlighting a very real problem in society – the 30% retirement income gap between women and men,” said Fe Noel creator and designer Felisha Noel in a statement.

The dress is 16 feet in length and each bill was hand-sewn onto the gown.

“It’s a structured gown with a solid foundation; the direction of the dollar bills is purposeful; the finishings and corset are all designed to convey strength and structure – something women exhibit,” Noel added. 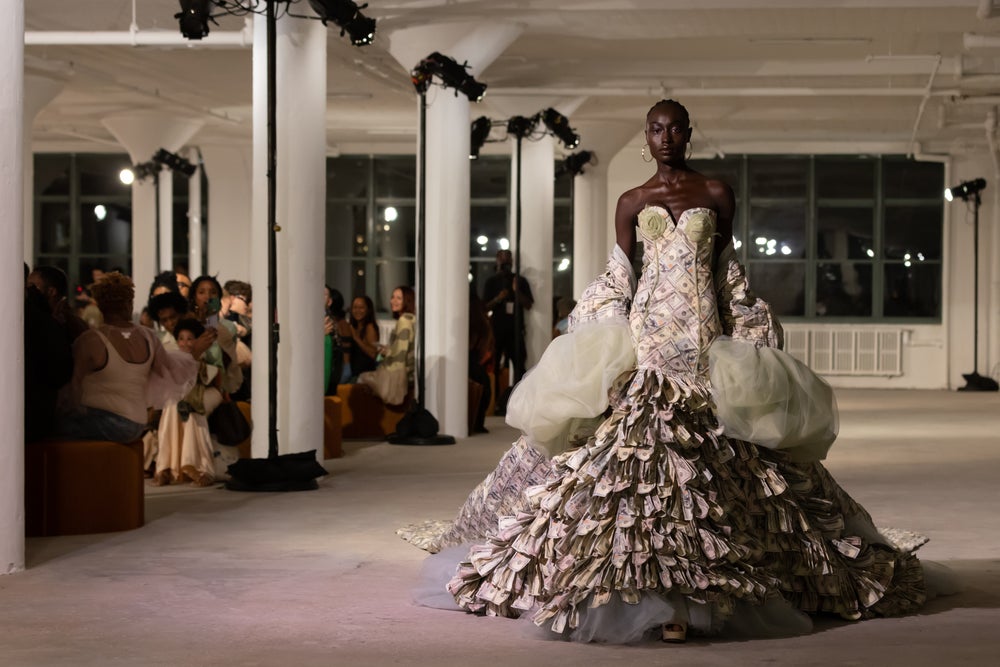 The Center for American Progress calculated how much the gender wage gap was costing women as far as investing for retirement, per CNBC. Based on a wage gap of 83 cents to one dollar, women are missing out on $10,435 in median wages annually, which comes to $417,400 a career.

If all of that was invested, at a 6% rate of return, it would equal $1.6 million, the think tank calculated.