During today’s Call of Duty: Next livestream, Activision revealed a ton of new information surrounding the next phase of Call of Duty, which kicks off this fall. It begins on October 28 with Call of Duty: Modern Warfare II, the next mainline entry in the franchise, but perhaps culminates on November 16, when Call of Duty: Warzone 2.0 lanches free for everyone. Today brought us a look at what to expect when those experiences arrive later this year, as well as a glimpse at a mobile version of Warzone coming next year. 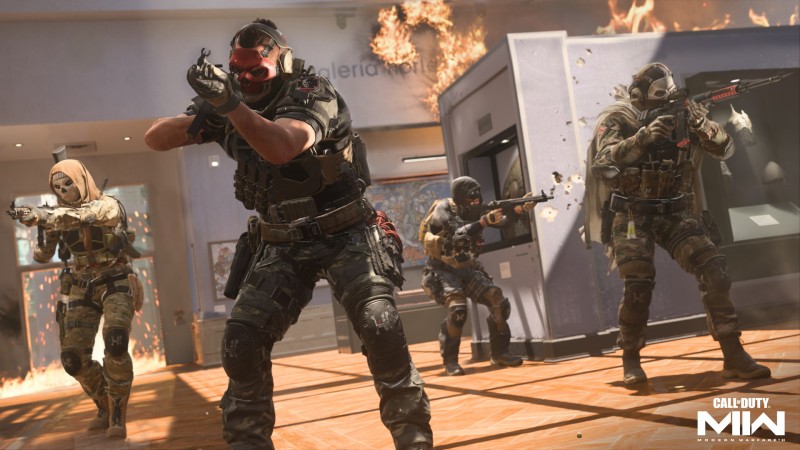 We already received an overview of what to expect from Modern Warfare II back in June when we traveled to Infinity Ward to get our hands on the game (you can read our full impressions here). The information coming out of today’s event was largely focused on the multiplayer offerings from this year’s Call of Duty games. Both Modern Warfare II and Warzone 2.0 will use the same engine, which is developed specifically for current-generation consoles. Both experiences will also implement new A.I. advancements, including squadmate positioning, enemy patterns, and NPC and civilian movement that react dynamically to your actions.

This year also represents advancements in the technology first introduced with Call of Duty: Modern Warfare in 2019. The result is refined locomotion and A.I. models, and a physically based material system that allows for better photogrammetry, a new hybrid tile-based streaming system, new water and underwater rendering systems, better world volumetric lighting, 4K HDR, and a new GPU geometry pipeline. 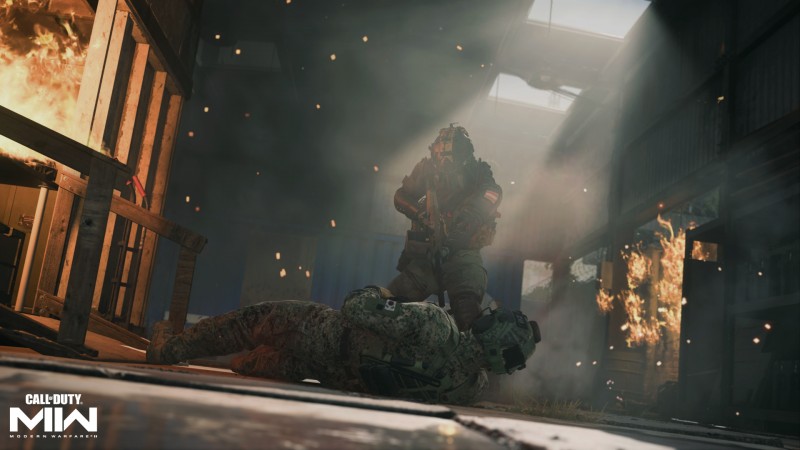 Even More Modern Than Before

For Modern Warfare II specifically, a new Gunsmith lets you swap between weapons in a smoother fashion and continues to upgrade its customization options. Players can also take advantage of new gameplay features as matches play out, including swimming and water combat, tactical sprint, dolphin dives, mantling, and ledge hanging for strategic purposes. Vehicle gameplay also receives a suite of upgrades, including improved destruction and more action-oriented maneuvers like leaning out of windows, mantling onto the roof of a vehicle, and destroying environments.

Outside of the core competitive multiplayer, you can also go to war in third-person playlists and two-player Special Ops co-op missions. Following launch, Modern Warfare II players can expect a new experience: Raids, bringing 3v3 matches with a focus on team communication and coordination beyond anything that has appeared in the series to this point.

Infinity Ward and Activision are also using Ricochet Anti-Cheat, which is a built-in, unified system to prevent cheaters from infiltrating your matches. This system is built into the experience, meaning the anti-cheat team at Ricochet will have more power to ensure a level playing field.

After Call of Duty: Warzone exploded as one of the most popular battle royale titles on the market in 2020, surpassing the 100 million player mark in mid-2021, Activision looks to up the ante with what it’s calling Warzone 2.0. This free-for-everyone, upgraded experience builds on the successes of the original Warzone, fully revamping many components of that game in what Activision calls “the most ambitious release in Call of Duty history.” Since the engine is unified with Modern Warfare II, many of the advancements of Modern Warfare II, including the Ricochet Anti-Cheat system, make the leap into Warzone 2.0.

Meanwhile, Gulag, where players take part in 2v2 battles and loot for weapons in an effort to redeploy, receives its own 2.0 version, offering players more surprises and options. Finally, the experience is rounded out with more social features, allowing the community to connect in an easier and smoother fashion.

To top it all off, Activision announced that mobile players will be able to drop into Warzone whenever and wherever they like with Warzone Mobile, a new experience coming to iOS and Android next year. This new version of Warzone gives players battle royale content on the go with familiar operators, weapons, locations, and Warzone combat for up to 120 live players in a match on mobile.

Warzone Mobile was built specifically for iOS and Android devices to provide a strong mobile gaming experience, including specific, geared-for-mobile playlists, events, and content. Players can also look forward to deep control customization. With the new technology unifying the Call of Duty experience, players in Modern Warfare II, Warzone 2.0, and Warzone Mobile can enjoy a shared social experience, cross-progression of a shared Battle Pass, and more.

Over the two-weekend beta, players can take part in game modes like Team Deathmatch, Domination, Knockout, Prisoner Rescue, and Invasion. The beta will expand beyond the traditional 6v6 matches, offering large-scale Ground War matches of 32v32. Players can expect to duke it out on maps like Sariff Bay (32v32), Valderas Museum, Farm 18, and Mercado Las Almas.