When Simon Weaver came to Harrogate Town in May 2009, he was a rookie coach, looking to cut his teeth as he embarked upon the transition from player to manager.

Thirteen years down the line, he remains at the helm of the North Yorkshire-based club.

That puts him top of the pile, in terms of length of tenure, among managers in the top four divisions of English football – albeit that much of his time in charge was spent in non-League.

Some way behind in second is Wycombe’s Gareth Ainsworth, who celebrates a decade in charge of the Chairboys this coming Saturday. Just 19 managers have been in their current roles for two years or more.

Weaver has overseen two promotions at Harrogate, taking the club from the National League North to Sky Bet League Two, and they are now in the opening months of their third straight season in the fourth tier.

It is a feat Town fans likely never envisaged, and the same can probably be said of Weaver, who was up against it from the moment he was appointed, as a freshly qualified UEFA B licensed coach.

“The club was really short of money at the time – [owner] Bill Fotherby was winding it up himself after a good run, but then he cut the budget and there was very little money to spend, so he probably had to go for a novice manager,” he explains to Sky Sports.

“That was me and I was fortunate enough to get my foot in the door, after finishing up my playing career at Ilkeston Town following the fourth leg break of my career.

“We didn’t have anywhere to train and when we did train, I got in trouble with the club because we were damaging the pitch. We eventually got an hour a week in the gym and and a half on the AstroTurf, which caused injuries because it was rock hard.

“We didn’t really have a selling point at all until we became full-time and we got the 3G the year before that to enable it to happen. Those two reasons were a catalyst for getting better as a club and launching ourselves as a club because we became more appealing for players and young aspirational lads who were hungry to succeed.

“It was a massive learning curve; I suppose it’s like doing your driving test. It is a way to open doors, but then the real learning takes place when you are learning away from the coaches in the ideal scenarios.

Harrogate’s rise over the past three decades

Weaver’s first season proved to be problematic and, were it not for the fact Farsley Celtic and Northwich Victoria had run into issues off the pitch throughout the campaign, Harrogate would have been relegated back to the Northern Premier League with just eight wins to their name.

Survival helped to facilitate the strengthening of the squad and the 12th-placed finish in 2010/11 represented a vast improvement, but Fotherby then stepped up his efforts to sell the club, meaning the toils were on the verge of being in vain.

But then an unlikely knight in shining armour came to the club’s aid: Weaver’s own dad, Irving.

“Bill said we were going to go down two levels because he couldn’t financially support Conference North football, so it was either that or we found a new owner. He approached my dad, but I was a bit hesitant because I thought it was a bit of a conflict of interest.

“Nevertheless, it was a better scenario to have my dad as chairman moving forward and staying at the same level rather than going down two leagues below and having to work up from a lower base.

“He came into it after nearly 50 years in the building trade and there was a lot of pride to be involved in football for the first time as chairman, even though he loved the game and had been a football fan since a really young age. He has a great passion for the game and my involvement was the reason he got involved.

“Our working relationship is excellent and I think that’s down to him being a leader for most of his adult life. I have to lean into that experience of leadership as much as I can because he leads without ego and I think he’s an outstanding football chairman.

“He’s a good decision maker and he always has clarity; in troubled water, he seems to have more clarity than at any other time, which is quite inspirational.”

The inevitable accusations of nepotism serve only to spur Weaver Jr on.

“That happened more before we got two promotions, and probably less so now because the club has progressed to higher than ever before. We take pride in that as a partnership.

“We’re a small club and we know that – we’re not Real Madrid and we’re not an elite team – but we’re proud of the progress we have made as a whole group of people.

“Everything has played its role in the development of the club. I understand the nepotism shout and I try and prove that wrong every single day in my working life.”

There are challenges, certainly in terms of infrastructure – Harrogate are an EFL club in name, but with the heart and work ethic of a non-League club.

“We’ve only got two turnstiles to cram everyone in and we’ve got a new ticketing system that the older generation haven’t been used to” he says. “In the EFL, the regulations are harder to follow, because everything is much more professional, so we got a bit of a shock when we were able to get fans in the door [post Covid].

“I’m proud of working alongside like-minded people who want to do well for the area. Even with our area, we need to be more on the map. It’s about problem-solving; we were at a fans meeting a few weeks ago with a five-man committee and there were fan questions about off and on the pitch.

“We are trying to get another bar within the ground because the other one closed down because of EFL regulations. They are asking me things that probably most managers don’t have to deal with! We have got such a small workforce that everybody has to do more than one simple job. I love that involvement and that we keep powering on through obstacles.

“On the pitch, we have to remember how we got here – fighting, scrapping and snarling our way through leagues to get here.

“The dynamics of the squad are so important to a small club; we have to have the camaraderie and we have to have people understanding that, as a management team, we will always tell them the truth so we can confront the truth because we want the best for the club.

“There’s no singing from a different hymn sheet between myself, my assistant and the coaching staff because it is a family set-up and we’re all wanting the same things.”

In their first League Two season, Town finished 17th; in 2021/22 they finished 19th having collected four fewer points; and this term they have eight points from nine games. Statistically speaking, it is their weakest start at this level, but the manager is in no way downbeat.

“Honestly, I didn’t anticipate it being any other way because we’ve brought in a lot of new signings – the most signings I’ve made that are new since my first year in charge all those years ago,” says Weaver, candidly. 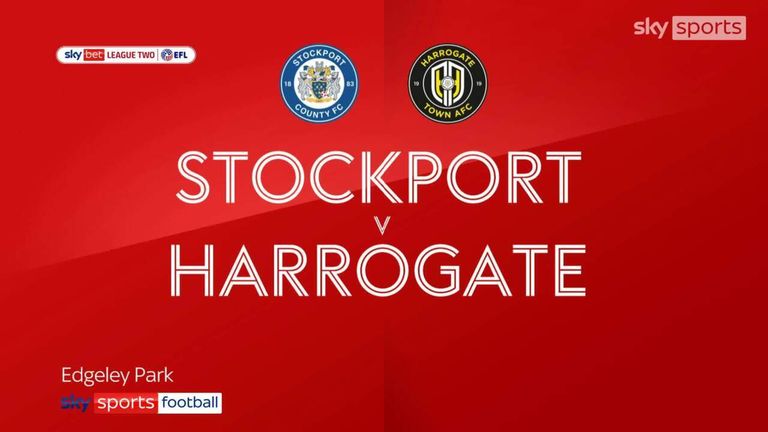 “When there have been players getting injured en masse, it is just life’s way of testing you. We’ve had a couple of tests, told them the truth and we’ve come out fighting. It has been great in training and we’ve got games coming up that we are really looking forward to because I think we are going to come again and be strong.”

And the future? There is no talk of a ceiling here.

“I am very proud of being part of a good set-up that has won more than we’ve lost and progressed. But it’s a constant challenge; since we’ve been in the Football League, it has been hard and we’ve got to keep our heads above water for a period of time.

“We aspire to be higher now, but we’ve got to do more work and graft even harder than ever before to achieve that. We’re hoping in future years, budget-wise, we can be more competitive and it will give us a greater chance of dreaming of playing at higher levels.

“The club is a massive part of the community and as long as we have the community with us and they can see what we’re trying to do, we’ve got a chance.”

Etsy, an online marketplace for unique, handmade, and...

Before the release of Gotham Knights, Warner Bros....
ZippyByte

Etsy, an online marketplace for unique, handmade, and...