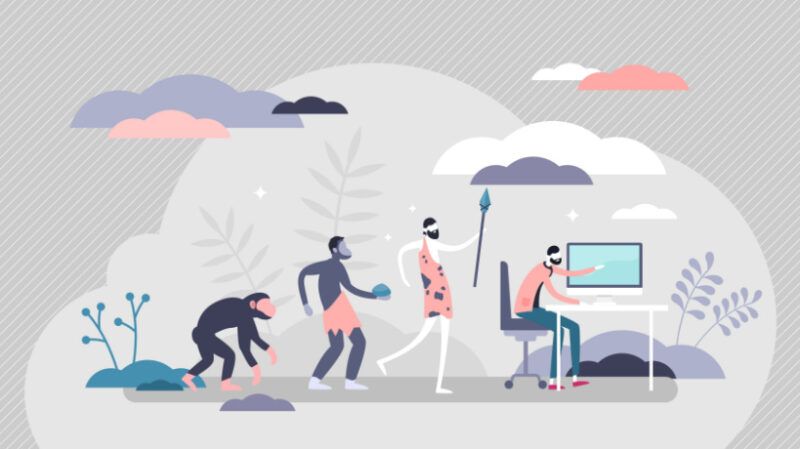 To understand and clarify the essence of technology, it is appropriate to trace the history of its formation and the main stages of its development. The problem of the origin of technology is quite complex; there are various concepts on this matter.

One concept sees the origin of technology as arising from the expedient human activity and the need for a rational use of the means of this activity. Another concept of the emergence of technology was offered by O. Spengler. Technique, in his opinion, comes from the joint activity of large masses of people and is a way of organizing this activity. Therefore, technology should be considered not as a set of tools, but as a way of handling them, that is, practically as itself a technology.

An interesting concept of the origin of technology was offered by L. Mumford, who believes that gun and machine technology are products of biotechnology. By “biotechnology” is meant everything a person needs for life. Technique comes from the features of human functioning and, in its origin, is closely related to the origin of man. It was first of all life-oriented, and only then work-oriented. Technique, aimed at production and power, arose, according to L. Mumford, much later.

Another original concept of technology was put forward by the scientist B. Porshnev. He believed that technology arises as a result of the impersonal properties of human adaptation to the world. So, instead of teeth and claws, a person is forced to use stones and sticks, which are considered as intermediaries: prototypes of modern technical devices. It seems that this version deserves special attention.

The main reason for the emergence of technology lies in the desire of man to overcome the limitations of his nature and organization, to increase the impact of his natural organs on the substance and forces of nature. In other words, the contradiction between the physical organization of man and the need to transform nature in order to produce the material goods required for his existence and development has become the main source, the motivating force, that determined human activity to create the first, primitive, archaic technology. The whole point of the further development of technology lies in the fact that humans intensify their influence on nature, consistently transferring a number of labor functions to technical devices. The following points are important for the philosophy of technology.

1. The Era Of Manual Technology

In this era, the main tools were of manual labor—tools that continued and expanded the capabilities of natural human organs and strengthened them physically while labor was of a manual nature. The main functions of production were regulated by the subject and their capable labor force.

2. The Stage Of Mechanization And Machines

In this stage, the main force of production is machines, and man becomes the appendage, with many labor functions transferred to machines. Labor here is already mechanized. It is during this period that technogenic civilization and industrial society are formed.

3. The Era Of Automation

This began approximately in the second half of the twentieth century. Here, the machines, as it were, take a person out of direct production, and partially or completely replace a person with regard to active participation in production. The worker in this case acts as an organizer, controller and “manager”, and it is not the physical capabilities, but the strength of intellect, technical abilities and knowledge, their cultural and technical contribution, that becomes important. It is obvious that the work here is automated.

It should be noted that computer technology is also, usually, considered a type of machine. Probably, it is still more correct to consider it as a relatively independent type of technology, opening the fourth stage in technical progress, involving a whole technical, technological and information revolution.

L. Mumford, already mentioned above, believes that the beginning of the second millennium of our era can be considered the starting point of modern, and not ancient, technology. Based on the experience of European history, he identifies three possible technological divisions for the era:

As you can see, periodization is based on the main type of energy used in technology and the “substance” that occupies a central place in the creation of technical devices.

Hogwarts Legacy is finally out next week, after...

Hogwarts Legacy is finally out next week, after...