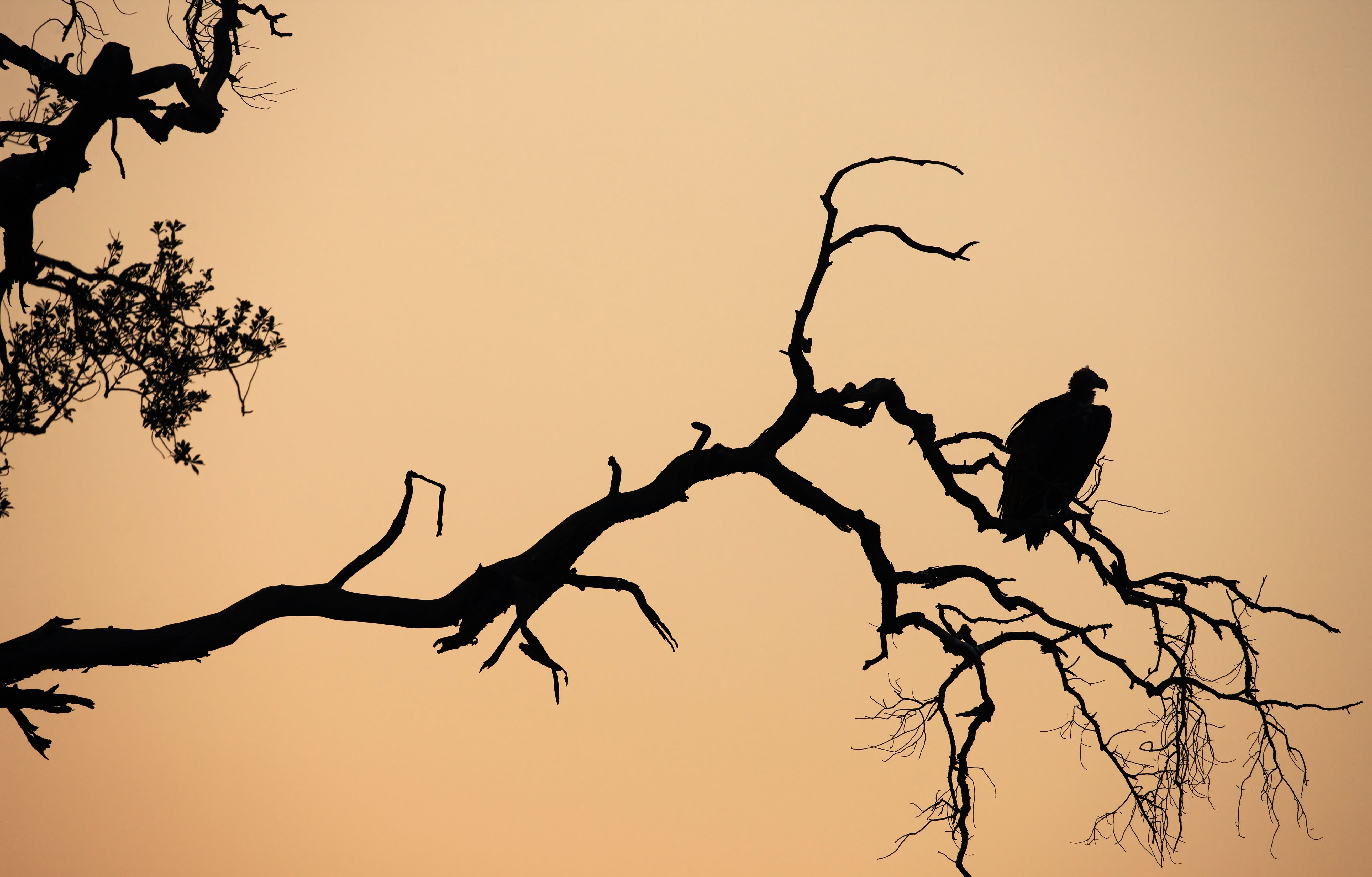 Vultures are hard birds for humans to love. They are an obligate scavenger, meaning they get all their food from already dead prey—and that association has cast them as a harbinger of death since ancient times. But in reality, vultures are nature’s flying sanitation crew. And new research adds to that positive picture by detailing these birds’ role in a surprising process: mitigating greenhouse gas emissions.

With their impressive vision and the range they can cover in their long, soaring flights, the 22 species of vultures found around the world are often the first scavengers to discover and feed on a carcass. This cleanup provides a vital service to both ecosystems and humans: it keeps nutrients cycling and controls pathogens that could otherwise spread from dead animals to living ones.

Decaying animal bodies release greenhouse gases, including carbon dioxide and methane. But most of these emissions can be prevented if vultures get to the remains first, a new study in Ecosystem Services shows. It calculates that an individual vulture eats between 0.2 and one kilogram (kg) of carcass per day, depending on the vulture species. Left uneaten, each kg of naturally decomposing carcass emits about 0.86 kg of CO2 equivalent. This estimate assumes that carcasses not eaten by vultures are left to decay. But many carcasses are composted or buried by humans, which result in more emissions than natural decay, so vulture consumption can avert even more emissions when replacing those methods. The avoided emissions may not sound like much, but multiply those estimates by the estimated 134 million to 140 million vultures around the world, and the number becomes more impressive: tens of millions of metric tons of emissions avoided per year.

But this ecosystem service is not evenly distributed around the world. It occurs mostly in the Americas, says the study’s lead author Pablo Plaza, a biologist at the National University of Comahue in Argentina. Three species found only in the Americas—the Black, Turkey and Yellow-headed vultures—are responsible for 96 percent of all vulture-related emissions mitigation worldwide, Plaza and his colleagues found. Collectively, vultures in the Americas keep about 12 million metric tons of CO2 equivalent out of the atmosphere annually. Using estimates from the U.S. Environmental Protection Agency, that is akin to taking 2.6 million cars off the road each year.

The situation outside of the Americas stands in stark contrast. “The decline in vulture populations in many regions of the world, such as Africa and Asia, has produced a concomitant loss of the ecosystem services vultures produce,” Plaza says. The White-rumped Vulture, once one of the most common vultures in India, has been taken to the brink of extinction in just the past few decades. Between 1992 and 2007, its population plummeted by 99.9 percent, from millions of birds to just a few thousand survivors. This steep decline was largely because of poisoning with the veterinary drug diclofenac, to which vultures are exposed when eating dead cattle. In India alone each year, the atmosphere gains at least 2.9 million metric tons of greenhouse gas emissions that vultures would have prevented before their population crash.

The value of vulture services may be even more important in times of climate disasters or other catastrophes. Carolina Baruzzi, a postdoctoral researcher at the University of Florida, who was not involved in the new study, has documented vulture scavenging after wildlife mass mortality events such as disease outbreaks. “Without vultures,” she explains, “we have carcasses decomposing at a slower rate, which can cause a series of problematic issues,” including both increased greenhouse gas emissions and disease. Baruzzi’s work has shown that the difference between ecosystems with and without vultures isn’t a subtle one. If vultures were around, “in two weeks, [carcasses] were usually gone,” she says. “Where we didn’t have vultures, they stayed there for more than a month and a half or two months—which is really striking.”

Vulture conservation is of course not a major climate solution on its own. But according to U.S. Forest Service scientist Grant Domke, that factor and others all add up. “I think the bigger piece here is this idea of a portfolio approach to emissions reduction,” says Domke, who leads a team responsible for reporting U.S. forest carbon data as part of the country’s commitment to the United Nations Framework Convention on Climate Change. He points to studies on large-scale wildfires that show their detrimental impact on emissions and sequestration has the same order of magnitude as the beneficial effect shown by vultures in the new paper. “Everything needs to be on the table,” he says, “and the more we understand about the contributions of plants and animals as part of the economy-wide picture, the better.”

Previous articleA Family Feared Their Cat Was Lost. Then the Doorbell Rang.
Next articleOnePlus 9 and 9 Pro get OxygenOS 13 Open Beta based on Android 13

Hogwarts Legacy is finally out next week, after...
ZippyByte